To Diagnose and To Label 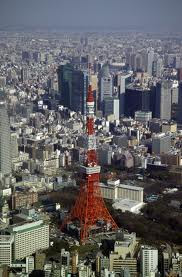 We learned a couple of months ago that Sky is "on the spectrum" as they say. He's always been a challenging and quirky kid, with social skills that couldn't come close to matching his above-average intellectual and physical development. But he's also been raised bilingually and bi-culturally, spending two years of his life as a Japanese kid in Tokyo and four as a good ol' Midwesterner in the U.S. of A. It's enough to make anyone a little odd.

It didn't help that his first experiences in school were in a Japanese preschool, where, frankly, anything goes. What I mean is that the approach to school in Japan is that every kid has a role in the group and the teacher's job is to figure out how to help each kid find that role and fit in. Difference is seen as normal, and as a recent import from the US, my kid was as normal as any pigeon-Japanese speaking 3 year old could be. School worked for Sky in Japan. (I ♥ Japanese preschool!)

Fast-forward 18 months, and we are back in rural USA. The first thing I noticed when I got back was that every kid I met Sky's age had some kind of diagnosis, and my initial response was to think that there is probably no such thing as a fully-functional preschooler--if you take a preschooler to the doctor and run some tests, wouldn't any one of them fall into some kind of diagnostic category? After all, preschoolers have a lot going on.

Sure we remained concerned about the magnitude of Sky's epic meltdowns and the fact that he sometimes just didn't seem to hear or understand us. Sure we wondered when he would get better in social situations and at interacting with kids his age. But pediatricians in Japan and the US said that he was a clever, socially-awkward boy dealing with two different languages and two different cultures and that things would balance out eventually as long as we were consistent in our parenting.

When Sky started kindergarten and his new teacher asked me once again if we'd had his hearing checked (we had;it was fine), and when Sky told me he really didn't like school because he always got in trouble but didn't know why. And then when he told me he didn't like himself because he had a "bad brain" and other kids made fun of him. And when I saw him tracking slightly behind his peers in any given social situation, I started to think that it wouldn't be so bad to get tested. After all, we didn't have to accept the labels the doctors assigned.

And so one day last December, we spent seven hours at the state's best children's hospital and they told us what we had already pretty much figured out; Sky is "mildly" autistic. I had never heard of PDD-NOS, but when I did, it fit perfectly. It literally explained everything.

No one wants to hear that her kid is autistic, but to be honest, my first response was a sense of relief bordering on joy. Understanding how Sky sees the world has helped me understand a bunch. Knowing that we were actually doing a darn good job given the challenges has freed us from a lot of frustration and guilt. Being able to tell his teachers that there are really good reasons for why Sky interferes, ignores, or disobeys and then exhibits total shock and lack of understanding when he is punished has literally changed his school experience.

Autism is a life-long challenge, and we have our share of days when we wonder if we are up to the task, but knowing what makes our kid so quirky and hard and great all at the same time has helped a lot.
Mom on the Edge at 9:41 AM
Share